A board game with the aim to sensitise children in Tanzania to topics like water stress, water management and water pollution.

Shumbara is a board game which was created as a student project in collaboration between the Zurich University of the Arts and the Swiss Agency for Development and Cooperation for the iMoMo project.
We got the task to create a prototype of a board game with the target audience of children at the age of 6 – 11 who are living in the Pangani Basin in Tanzania. The aim of the project was to sensitise the kids to topics like water stress, water management and water pollution from which the region is affected due to strong population growth and the expansion of irrigated agriculture. The game should provide teachers of the region with a starting point to a discussion with their students.

In order to reach these goals Frédéric Hein and I created a game that could be easily explained and played by up to 6 players in less than 20 minutes. It should also symbolise the issues of the region with a mountain in the middle of the board and the dry steppe surrounding it.
Under the guidance of Sarah Celebioglu , Pascal Schmid and Filip Kostovic Shumbara and other board games were playtested on-site with local school children. Shumbara was subsequently chosen to be produced and used within the scope of the iMoMo project. 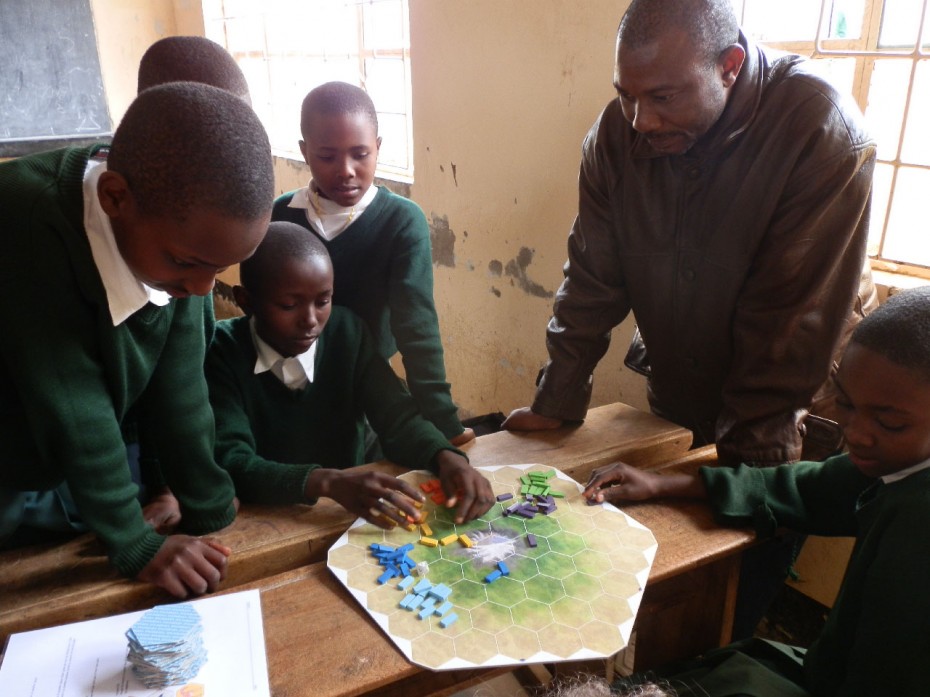 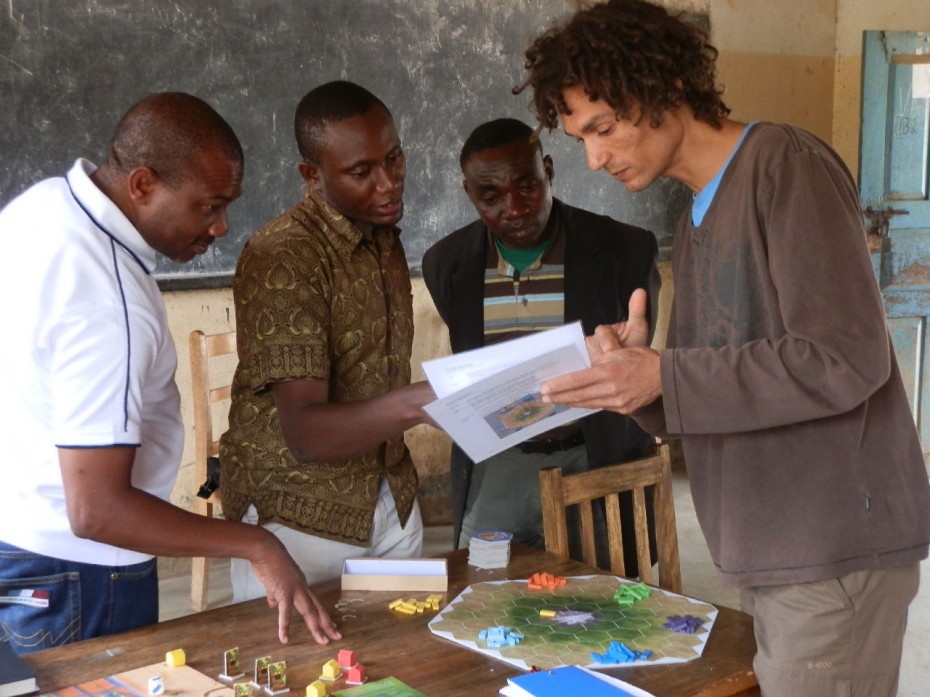 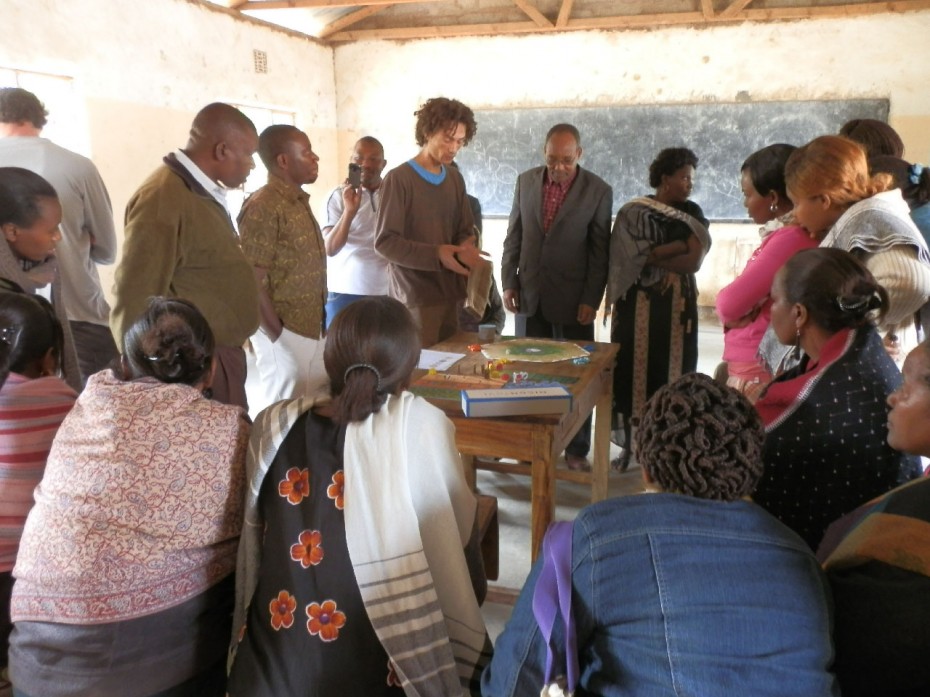 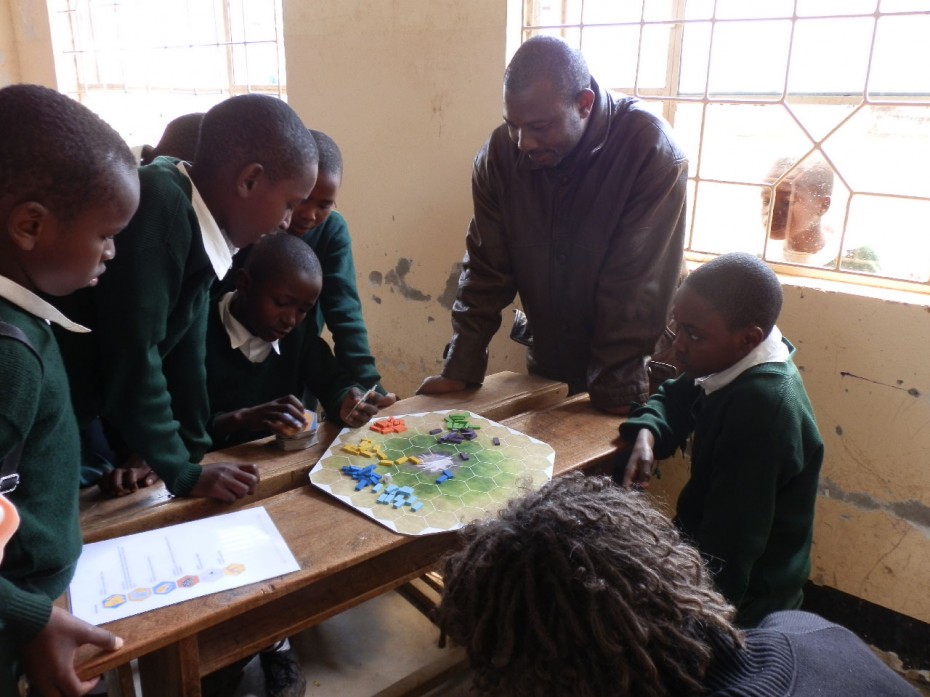 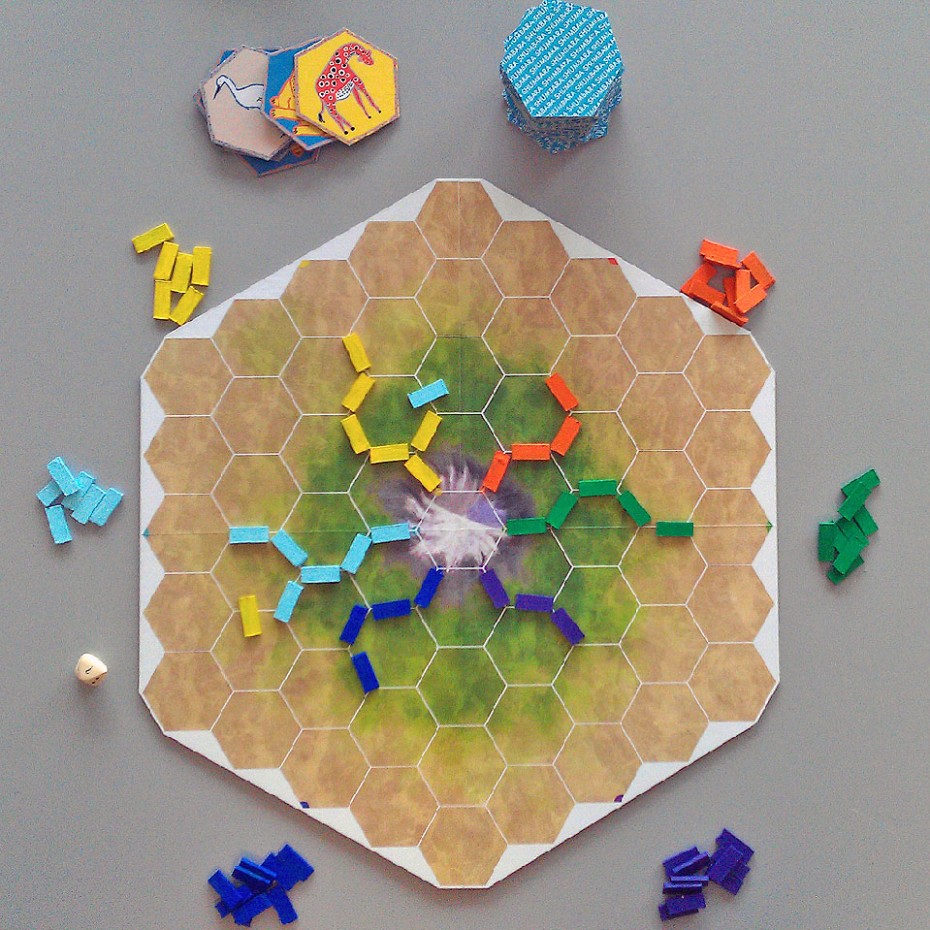